Wobbe Micha (1985) obtained his master’s degree at Sint-Lukas Brussel 2008 and continued his studies with Lucy McKenzie at the Kunstakademie Düsseldorf 2012 and the Mountain School of Arts in Los Angeles 2014. Last year his exhibition ‘The Nipple Twist’ was shown in New Zealand where he worked as an artist in residence. Private Parts’ is his first solo exhibition in the Netherlands. Wobbe Micha’s photographs and colourful porcelain form a visible and tangible expression of a possible existence in atmospheric spaces. He is an artist who bears fruit in the desert, with his work he sets his imagination in motion spatially.

To explain his work, Fiona Mackay wrote the following text.”I cant see!”  He screamed as he walked in the street.  “I cant see!” He cried, dragging himself through the desert.  “I’m blinded by my impulses, i’m irritated by my desires, and now all I am able to see is one intense bright light”.  But the young man who was standing beside him said, “calm down you fool, outstretch your hands.  What do you feel?”.  “Reach out, but why?  I cant see! What’s the point when my eyes cant eat?”

After a second of silence He put his hand out to touch something cool and hard. “Oh!” He declared as he slowly felt along and down.  “And touch this” ushered the young man directing his hand.  “Oh!”  He gasped as he felt he touched something fragile and thin.  “But what about this?” asked again the young man, this time waiting for a surprise.  “Oh oh oh!” He wailed as he touched sharp edges, knowing that if He wasn’t blind, he would be sure to see that his hands were bleeding.

“And when I put you here” continued the young man, pulling  His shirt cuff, arm and body to another part of the room, “when I put you here, what size do you feel?”  “Excuse me?” He said, “what do you mean?”.  Trying to be more descriptive and less direct the young man replied “at this precise moment your standing under and yet next to something, I wont tell you what, but maybe you feel -without touching -its presence, maybe perhaps its weight?”.  After quietly letting the question rush over Him, He wasn’t too sure of the answer, but if whatever he was next to was extremely large and dangerous, it hadn’t bitten him yet.     Fiona Mackay 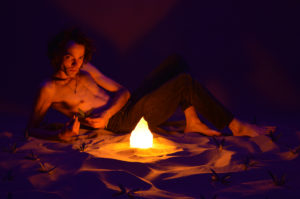 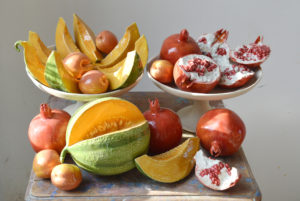 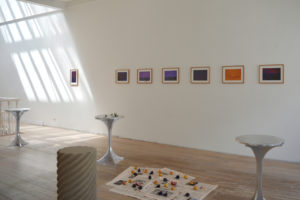 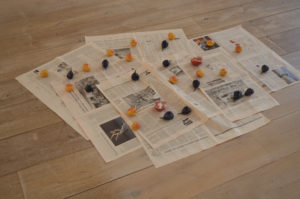 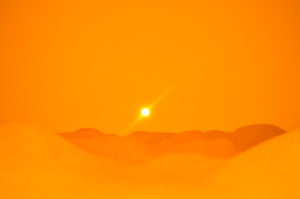 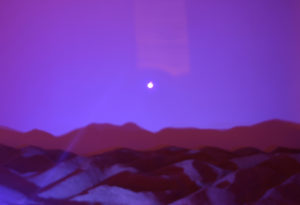 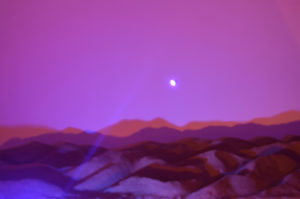 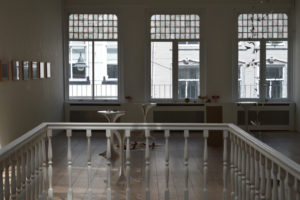 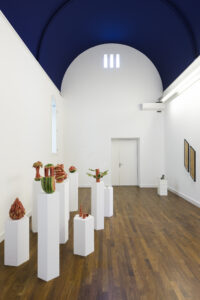 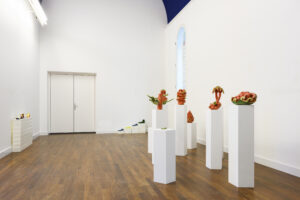 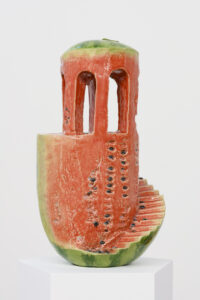 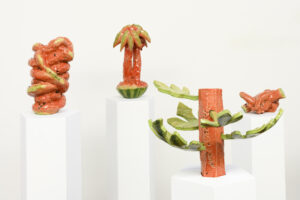 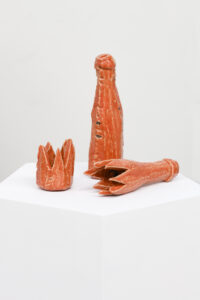 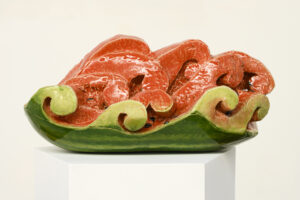 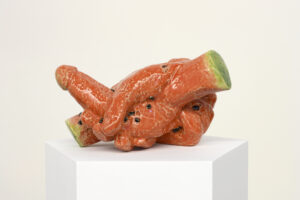 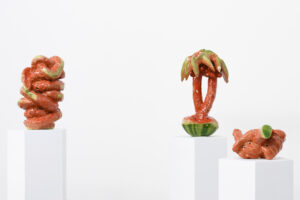